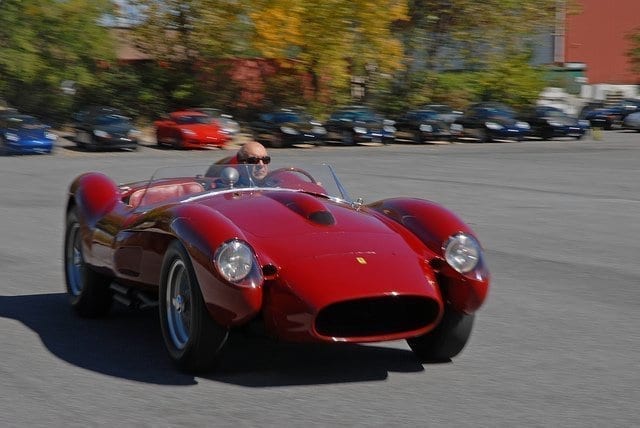 On Saturday, September 28th, over 600 enthusiasts came to the Simeone to see four fabulous Ferraris run the Demo Day’s theme was What Happened to Ferrari? Between 1949 and 1965, no other make dominated sports car road racing like Ferrari. They won a record nine Le Mans races in this period, including six straight, and then never won another. Dr. Simeone’s presentation discussed the reasons why. The cars that were demonstrated were: 1954 Ferrari 375 MM, 1958 Ferrari 250 Testa Rossa, and the 1962 Ferrari 250 GTO. Also making a run was the 1966 Ferrari 365 Speciale 3-seat concept car, 927 Bentley 3 Litre Speed Model, the 1929 Alfa Romeo 6C 1750 SS, and the 1937 BMW 328. 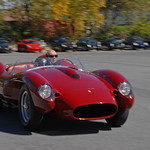