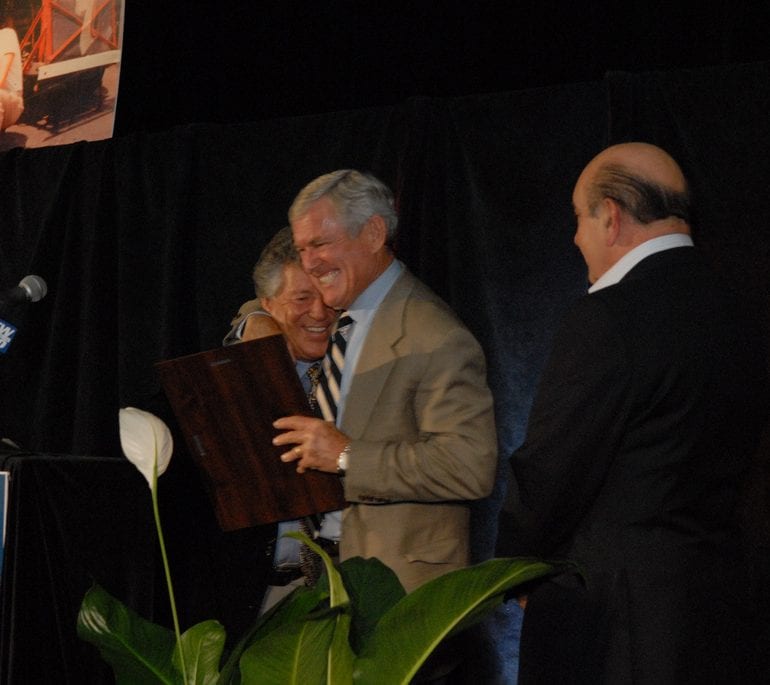 Mario Andretti – the driver many feel is the greatest that ever raced – received the first annual “Spirit of Competition” Award at the dedication of the Simeone Foundation Automotive Museum this evening. The award was presented to Mr. Andretti by Dick Vermeil, former coach of the Philadelphia Eagles. The Museum was dedicated by the Honorable Michael A. Nutter, mayor of the City of Philadelphia.

“No other driver represents the spirit of competition better than Mario,” said Dr. Fred Simeone, executive director of the Museum. “He told me he never started a race he didn’t feel he would win.”

Andretti was presented with a plaque containing a replica of Alberto Ascari’s competition driving license of, Andretti’s boyhood hero. In addition, he received a 1948 Hudson painted to match the first race car he and his brother Aldo built in America.

In addition to presenting the award, Mr. Vermeil also brought a sprint car that had been raced by his father, Louis Vermeil, in Northern California races. “Seeing Mario sit in my father’s car brought tears to my eyes. I could see my dad looking down and smiling.”

Mario Andretti is often referred to as the greatest racecar driver of all time, having proven himself a winner at all levels of competition. Born in Italy, he came to America at an early age where he and his twin brother Aldo made a name for themselves on Pennsylvania dirt tracks. Since then he has won almost every type of race there is, and is the only driver to win the Indianapolis 500 (1969), the Daytona 500 (1967) and the Formula One World Drivers Championship (1978). In 2000, Andretti was named the “Driver of the Century” by both the Associated Press and Racer magazine. 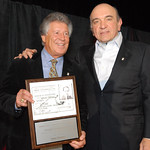