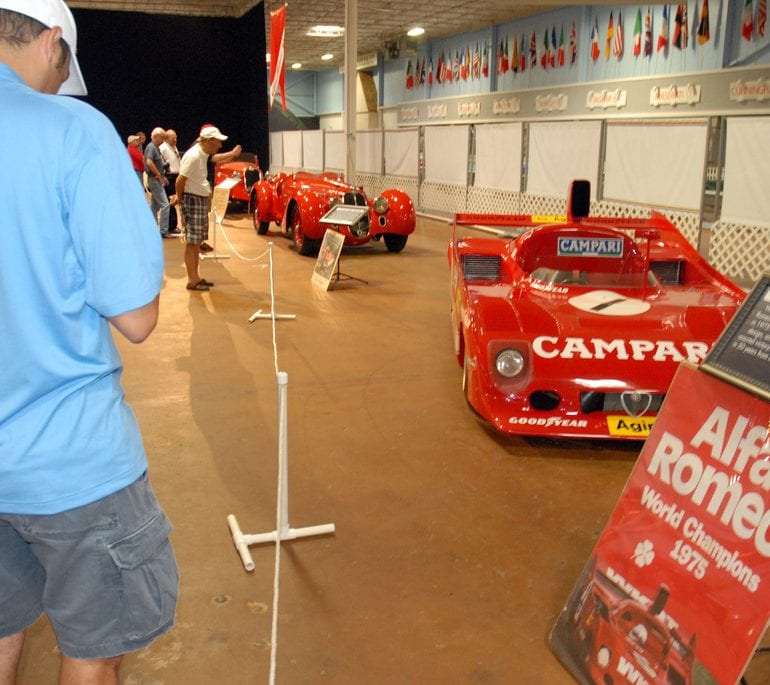 While most Americans know Alfa Romeo as the cute red sports car Dustin Hoffman drove in “The Graduate,” the roots of this iconic Italian sports car manufacturer are much deeper. In fact, the company’s origins go back a century to June 24, 1910 when A.L.F.A. (Anonima Lombarda Fabbrica Automobili, or in English: Lombard Automobile Factory, Public Company) was founded in Milan. From June 19th to July 11th, 2010, this anniversary is being celebrated with a special display at the Simeone Foundation Automotive Museum, located in southwest Philadelphia by the Airport Automall, where one of the world’s largest collections of pre-war racing Alfas is housed. The display, titled “Cent’ Anni, Alfa Romeo,” features nine Alfas from the Simeone Collection, including the oldest Alfa in North America: a 1925 RL SS, the first sports car the company made. The centerpiece of the display is the exquisite 1938 Mille Miglia-winning 8C 2900 B Alfa, one of only two remaining in the world. The display of cars will be supplemented with examples of rare Alfa Romeo sales literature and memorabilia. The week-long celebration commenced with a special “Demonstration Driving Day” on Saturday, June 19th at Noon. Several of the Alfas from the exhibit were driven on the 3-acre parking lot in back of the Museum to demonstrate how the cars look and sound when they are driven. 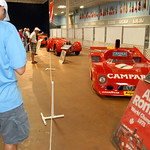