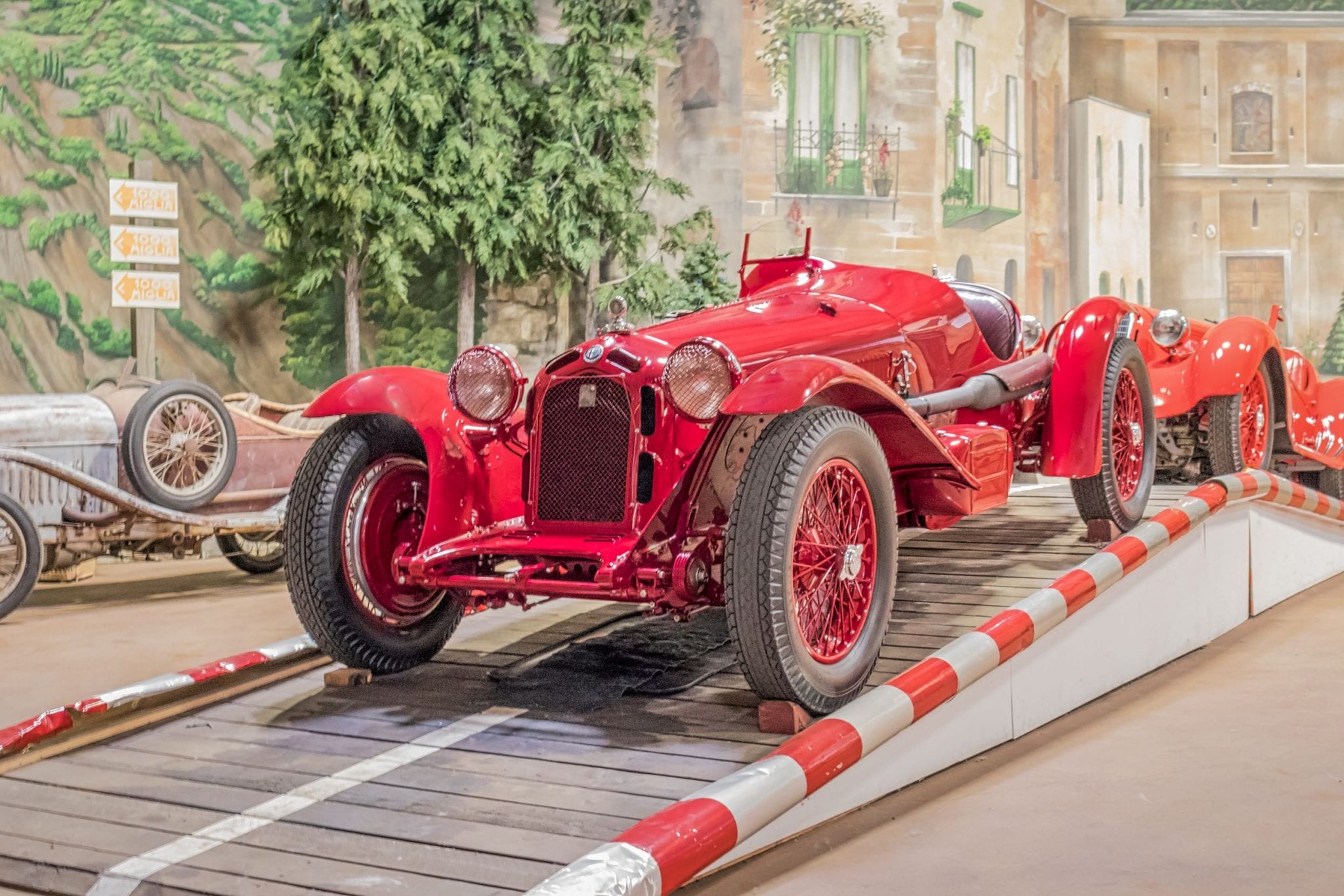 The Mille Miglia (“Thousand Miles”) started in 1927 and was one of the most popular races in Europe. The cars left from Brescia on the “,” as shown in the exhibition, and raced down the east coast of Italy to Rome, making a circle back to where they started, a distance of about a thousand miles. Many cars were entered, sometimes several hundred, and it could take up to half a day for all to leave Brescia, equally spaced.

The prestige of the event and a large number of entrants spurred companies like Alfa Romeo, Ferrari, and others to make special models specifically to compete in the Mille Miglia. The two Alfa Romeo automobiles in this exhibit competed in the 1930s Mille Miglia races, and the 2900A–shown on the back of the partenza–also took part in the Mille Miglia Storica recreation event in the early 1990s.