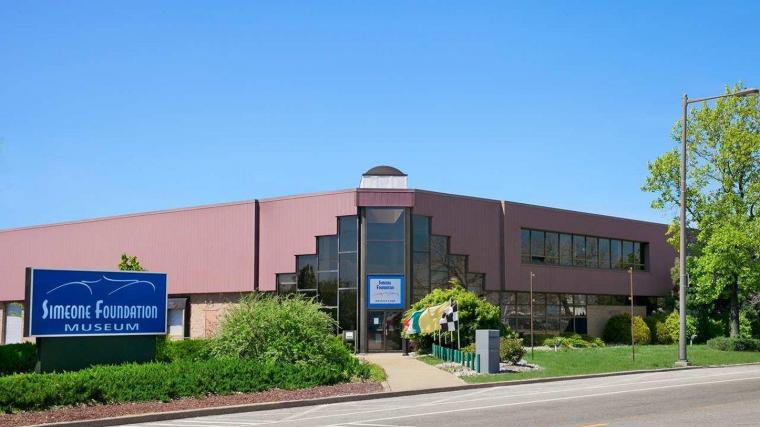 Why a Foundation Museum? The reasons are academic, emotional, and practical, with concepts of altruism succumbing to self-interest, and healthy portions of ego intertwined.

Academically, the sports carding museum exposes the objects for studios reflection, for historical reminiscence of great deeds, and the appreciation of beauty and technical finesse. Learning supervenes entertainment but they are not mutually exclusive. The automobile, which in the development of the industrial revolution was the principal liberator of the populous and the intense focus of technical and aesthetic study, deserves a place in the world of practical art, akin to, fine historical furniture.

Emotionally, the collector/historian hopes to convey his appreciation to others guiding them to extract the same wonderment without a hint of “look-what-I-got” undertone. Their passion evolves from a lifetime of and hands-on experience and he expects the visitors to universally share the same excitement.

Practically, and this certainly applies in my case, the realities of long term stewardship, curatorial diligence and a good measure of estate tax avoidance compels the charity choice above others, especially if preservation of the collection intact is preeminent. Auto museums are usually short-lived. Often one man’s accumulation of cars in a remote town becomes fodder for the auction house. Many are collections without a theme wherein the rationale for continuity does not exist.

As explained earlier, this collection started early with a caring father and a focus on a niche of motordom… the successful sports racer. But why? The answer is common to what drives us all – to be victorious in the spirit of competition.

The museum theme is from the viewpoint of the amateur who has seen a dramatic change in the first century since road racing’s birth. Purpose-built race cars for roads acquired fenders and lights so they could mimic their stock progenitors. Though encouraged by organizers to maintain their cataloged specification, the competitive imperative pushed greater modification, first in the engine, then the whole car. As they gradually metamorphosed into hairy road cars, the prototype was introduced and this led to a dramatic divergence away from the original road-going sports car theme.

Some might argue that the heyday of motor sport was when amateurs could take to the road with ingeniously and often attractively designed vehicles that they could pilot, and to some extent maintain themselves. For this collection, amateur sports car racing stopped as the driver was gradually separated from the understanding of his car, and the car itself separated from its relevance to a stock version.