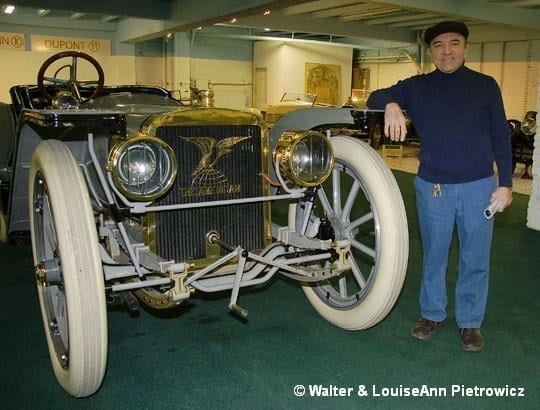 The Simeone Foundation Automotive Museum is located in a 78,000 square foot building at 6825 Norwitch Drive in Philadelphia PA. Prior to housing our collection, the building was home to an engine remanufacturing company named Recon. Shortly after its acquisition, we began a rigorous reconditioning of the building in preparation for our public opening in June of 2008.

Before they found their home at 6825 Norwitch, the cars were stored several miles away in a private, nondescript multi-level garage right in the heart of Center City Philadelphia. The collection was available for private tours by appointment. Even amidst the hustle and bustle of city life, the location was inconspicuous enough so that from the outside, one would have never known the wonders which were stored inside behind the curtains.