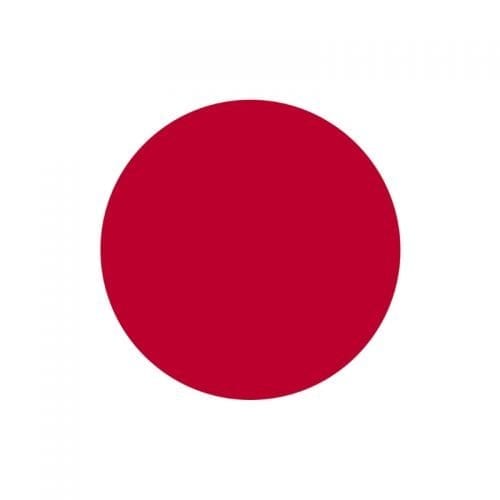 The debut of this car announced the Japanese as makers of world-class sports cars. Our car is in original, unrestored condition.

In 1914, the Kaishinsha Motorcar Works produced a vehicle in Tokyo, Japan, named the “DAT”. This represented an acronym of the first initial of the surnames of the 3 partners: Kenjiro Den, Rokuro Aoyama, and Meitaro Takeuchi. After several reorganizations through the 1930s, the company was re-branded as Datsun, and they produced several small cars that patterned after Austin products. Datsun survived a war against China, and WWII, by building military trucks. In 1947, car production resumed and again took styling from Austins. Datsun entered the USA market in 1958 with small trucks, followed by small cars in the mid-1960s. In the 1970s, due to the Gas Crisis, sales of their products grew exponentially. After a $500 million rebranding campaign from 1982 to 85, the company officially became known as Nissan Motor Corporation U.S.A. in 1986.

They credit Yutaka Katayama, the first president of Nissan, with expanding the company’s offerings beyond economy vehicles to include sporty cars. In the late 1960s, Mr. K pushed Datsun to produce a lightweight, low-cost, 2-seat sports car with a modern design and well-balanced handling. Known as the Datsun 240Z for the worldwide market, and also as the Nissan Fairlady in the Japanese market. It was a huge success and quickly became the #1 selling sports car in the world. However, as later generations of the “Z Car” evolved through the 1970s and 1980s, they got further away from the roots of the original 240Z. By the time the late 1980s rolled around, the Z Car became more of a grand touring boulevard cruiser that was burdened by a heavy weight, tepid handling, and a dated design.

When the Nissan 300ZX made its debut in 1990, it took the sports car world by storm. It marked the dawn of a new era of high performance, world-class sports cars from Japan. It served notice to the storied European makers such as Ferrari and Porsche that the Japanese were here to stay. The 300ZX graced the cover of nearly every major automotive magazine in the world and universally received high praise and excellent reviews. Car & Driver nicknamed the car “Godzilla” on the front of their February 1990 issue. Car & Driver also nominated the car to their world-famous “10 Best” list for 7 straight years from 1990 to 96, representing every year they sold it in the USA, and Automobile named it to their “All Stars” list from 1990 to 94.

The engine was 3.0 liter V6 with 4 valves per cylinder, dual overhead cams, and it was available in 2 distinct versions. The 222 hp naturally aspirated engine was available across all roof and seating configurations while a 300 hp engine was only available in the 2-seater coupe versions. When properly maintained, the engine is virtually indestructible and can last well over 300,000 miles. We know of some heavily modified examples generate well over 900 hp using the stock block. There were 2 available transmissions: 5-speed manual and 4-speed automatic. The car was available in several distinct configurations for the roof and seating. For the roof, there 3 options: t-top, convertible, and the rare “slick top”.

There were also 2 different seating options: 2-seater, and the elongated “2+2” 4-seater. The 300ZX Twin Turbo was a technological wonder for its time. One of its most innovative features was a 4-wheel steering system known as Super HICAS, for High Capacity Actively Controlled Steering. It also featured 2-way adjustable suspension, anti-lock brakes, digital climate controls, and BOSE stereo system. Unfortunately, all of this technology had a negative impact on pricing. The MSRP in 1990 was around $30,000 however by 1996 it had ballooned to over $50,000. In 1996, because of low sales, Nissan discontinued the 300ZX in the USA, however, production continued in Japan until 2000. The Z-car series went on a 6-year hiatus in the USA from 1997-2002, revived again in 2003 with the new 350Z.

This 300ZX Twin Turbo has the distinction of being the first Japanese sports car to join our permanent collection. It was a most generous donation by Mr. John J. Casey from Pearl River, NY. This magnificent machine has traveled only 34,900 miles and 2 owners. It keeps its original engine, transmission, chassis and body, all of which are near showroom condition. It is difficult to find an unmolested or unfettled example of the Z32 300ZX. Because of the wonders of depreciation, and an influx of low-cost performance parts, a high percentage of these cars were heavily modified and unceremoniously beaten into the ground.

Our 300ZX Twin Turbo has only 4 total modifications, including an aftermarket JVC stereo receiver (we still have the original BOSE unit in a box), a STILLEN stainless steel cat-back exhaust, STILLEN brake pads & rotors, and a Jim Wolf POPcharger air filter. Of course these would be easily reversible, but our preference is to keep the cars in their “as found” condition. We have a dossier of documentation including service records, as well as a batch of 1st place trophies from Nissan Z car shows.

The car feels right at home in our Sporty Cars exhibit, taking its rightful place among the world’s greatest sports cars. It is a worthy representation of the 1990s decade and the rise of the Japanese as producers of world-class high-performance sports cars.