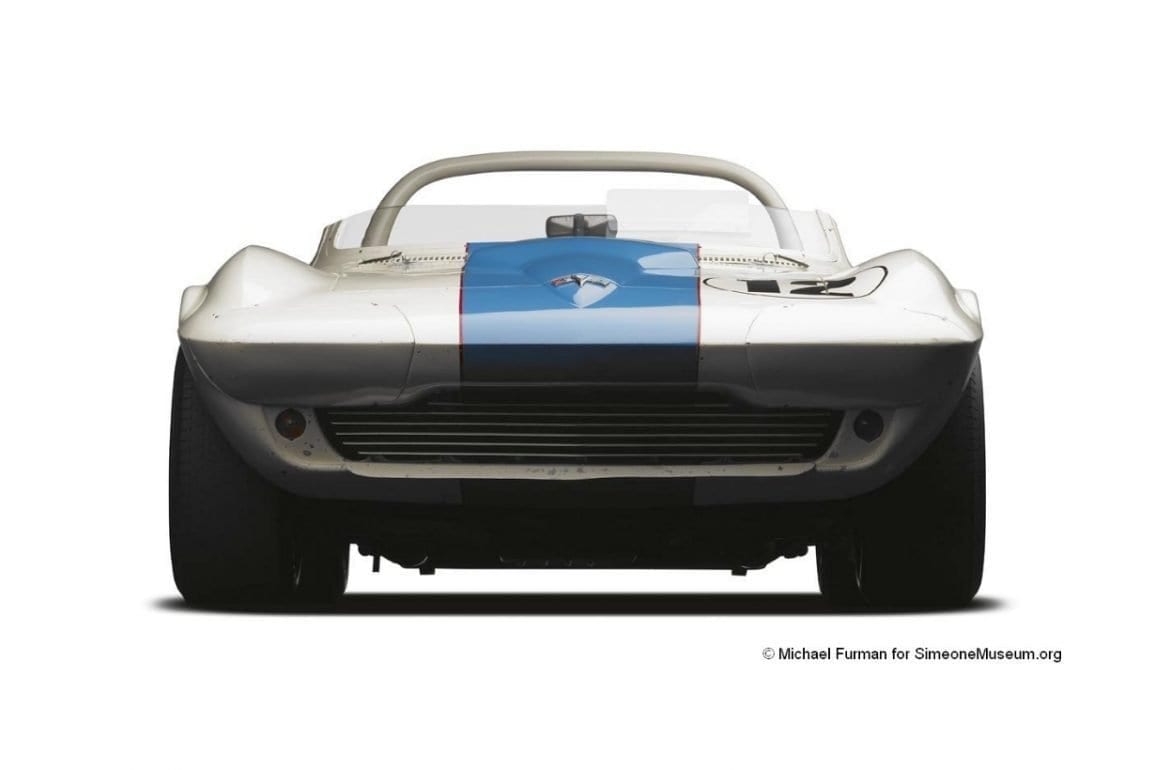 This is one of the most important Corvettes in existence. It is in unrestored, original condition. There were only five 1963 Chevrolet Corvette Grand Sports ever built.

More information about these cars soon.

When Jim Jaeger purchased Grand Sport 002 in 1990 it was, remarkably, still in “as-raced-in-1966” condition. Jaeger showed the car several years in this configuration before deciding on a unique restoration path.

Grand Sport 002 was the only car of the five that was never restored. As a result, the car held a wealth of historic information. Much of the car was so original, many of its handmade parts still had the scribed, painted and even wax-pencil markings made by Corvette engineers during the car’s construction in 1963. To preserve the original body (still in its 1966 privateer colors), Jaeger commissioned a precise duplicate of the body crafted and finished exactly to the original Corvette Engineering configuration, and an all-aluminum 377 cubic inch engine built to 1964 specifications. No aftermarket or replica parts were used in this multi-year, Smithsonian-grade project.

They carefully removed the original body from the chassis. It was researched, compared to original blueprints, measured, weighed, and photographed for reference. Every individual component, body panel, marking, and screw were completely documented. (The information is already being used to refine details on other Grand Sports.)

Hundreds of components, from large to miniature, were recreated in aluminum, fiberglass and steel. They developed dozens of molds from the original body using a new plaster based technology. Finally, the original silver-blue metallic color that had was protected under the door sill plates, and they mixed a perfect match in lacquer.

This unique restoration philosophy resolved a well-known dilemma for owners of historically significant cars. One can preserve the past, by keeping a car in its time-worn, but original condition. Or instead, one can recreate the past, by restoring a car to perfection, while losing the originality fever. The restoration of 002 cleverly accomplishes both, by preserving the unrestored original, and painstakingly recreating the most historic point in the car’s past.