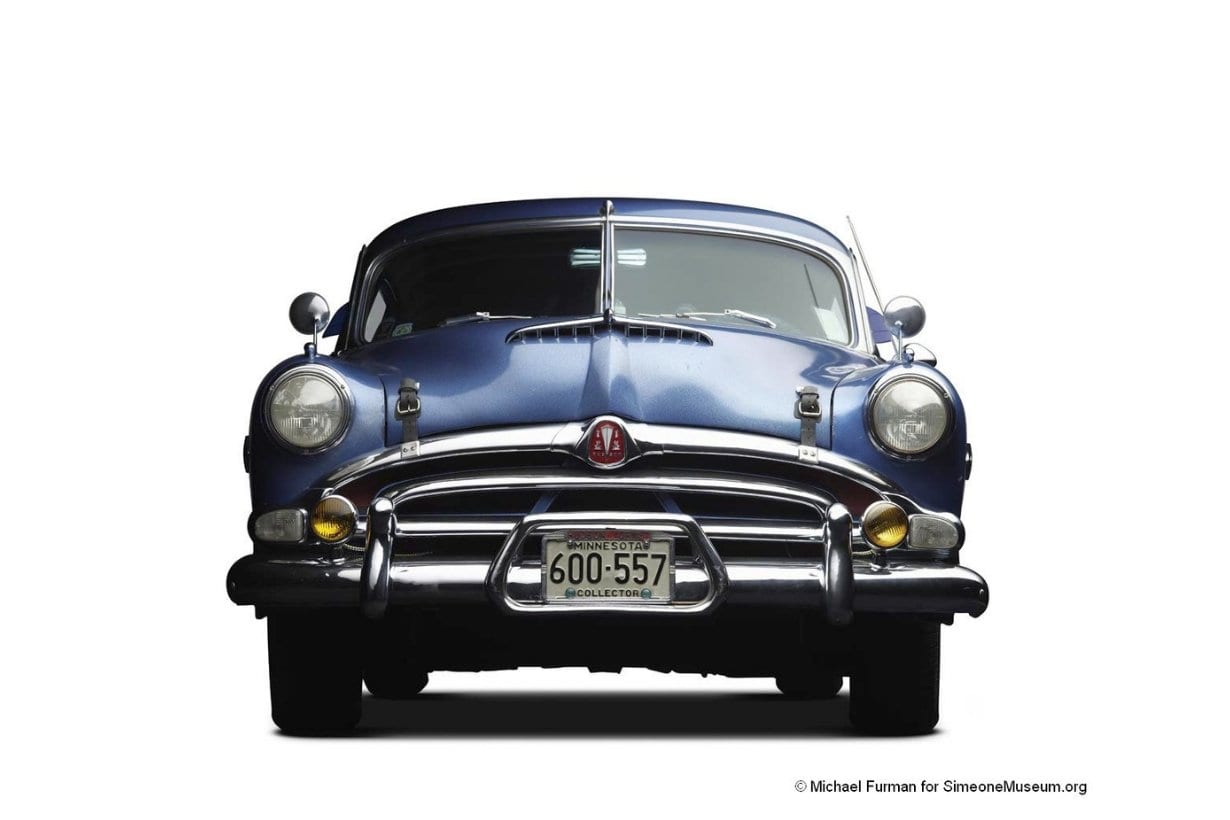 These cars dominated NASCAR racing in the early 1950s. Our car won many Hill climb races and its nickname is “Satan of Morimar”.

They introduced the Hudson Hornet in 1951 with a novel arrangement whereby the chassis was in a unit with the body and the floor pan recessed in such a way that the passenger “stepped down” into the chassis. This lower car had a sleek look about it with enclosed rear wheels and a streamlined sloping tail. Sedans were as beautiful as the convertibles. Instead of the standard 145 horsepower engine one could order, in 1952, the “Twin-H” version with dual carburetors increasing the horsepower to 170 and then, with subsequent tuning (the so-called 7-X modification) up to 210 horsepower. This L- head engine was at the time “the largest six-cylinder engine in the world”. If the definition of a “muscle car” is a stock car which has factory performance alterations as an option, then Hudson may be the first post-war American muscle car.

With this low slung forgiving chassis style and powerful engine it’s no wonder it dominated NASCAR racing in the early 50s. During 1952 a team of three drivers won 27 NASCAR races for Hudson and in AAA racing, Marshall Teague drove his Hornet to 14 wins. Its NASCAR record in 1952 was 27 out of 34 grand national races, 22 out of 37 in 1953 and 17 out of 37 in 1954. This was a record hard to beat, specifically because NASCAR race cars were stock cars. By the end of 1954 Hudson Motor Car Company became part of American Motors who did not back racing.

The car in the museum was well-known in the mid through late 50s where it successfully hill climbed, developed fame, and then was garaged for many years in its present original condition. As a relatively sedate a four-door sedan, its startling performance easily belied its appearance, and it was ultimately called the “Satan” feared by competitors.

Nicola Bulgari was visiting the collection. He is a powerful man with an extraordinary memory, varied tastes, a culture which extends back for many generations, and above all, a lovable passion for American cars. Viewing our limited NASCAR section and proclaimed “You must display my Hudson, the Satan”. Having only a peripheral knowledge of the famous Satan (it had recently attained significant attention at an auction in 2006) it flattered me that he felt I should display his car in my collection.